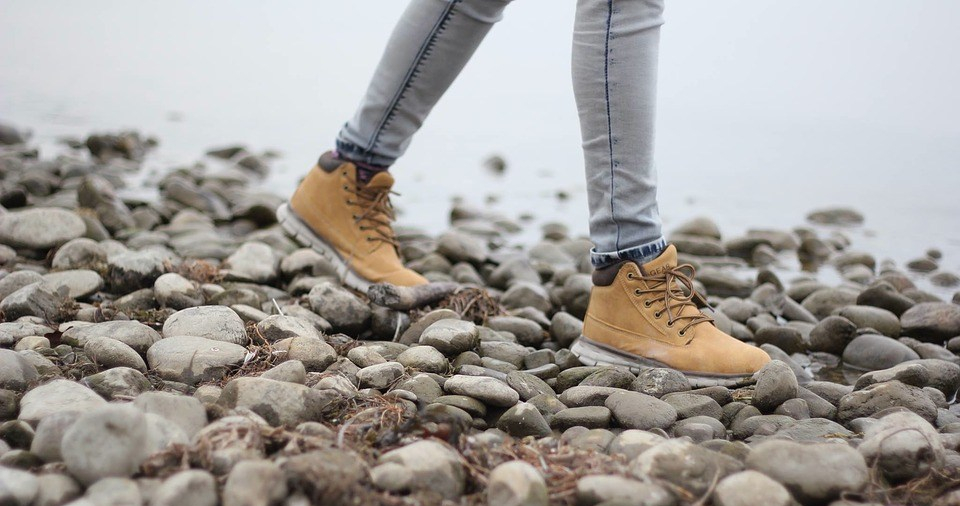 For me, the days after Easter feel a little bit like New Years. Similar to the freshness of January 1st, spending the weekend celebrating the big ol’ victory chant by Jesus seems to infuse some added energy and confidence into our lives. In truth, it is actually pretty fun to watch people embrace a little bit of that “humble swagger” as they reflect on being a child of the risen Lord.

However, on the other side of the cross, it is actually young David the shepherd boy who is one of our greatest examples of Biblical swagger. The story of his battle with Goliath readily applies anywhere from Sunday school to addiction groups and mismatched sporting contests. The young shepherd full of faith vs. the giant Philistine, the stone slinger vs. the weapon-wielding warrior, the story we’ve all heard so many times.

And yet, despite hearing it told and read countless times, I always missed out on one rather incredible detail…

“Then he [David] took his staff in his hand, chose five smooth stones from the stream, put them in the pouch of his shepherd’s bag and, with his sling in his hand, approached the Philistine.” 1 Samuel 17:40 (NIV)

David took five stones into battle. And all this time I had only paid attention to the one he used.

God is not one to mess around with minutia. He provides specific details when they are necessary for understanding, instruction and follow through. So why would God have us know that David prepared with more stones than was necessary? Why would God tell us that David seemingly headed into battle with a plan to fight longer than he ended up needing to? Does David’s “over preparing” possibly suggest that he did not truly believe in God’s power and victory?

I suggest that David bringing more than one stone to the battle says something important about his heart. And it says something deep about his faith. And it speaks volumes about how God’s people might want to go about preparing themselves to face their giants.

David’s preparation did not reflect a lack of faith in God, it reflected the fullness of it.
David was prepared to fight the giant as long as God wanted.

While we know today that David would need only one stone, at the time David knew no such thing. Even with all his confidence in God, David had no way of knowing how many attempts it would take or how many times he may miss the mark on the way to his goal. David’s preparation to try and try again points to his trust in God’s timing and the understanding that a loving God does not always grant victory right away.

Sometimes we make the mistake of thinking that if we are REALLY strong in our faith then our giants will fall more quickly. If only I REALLY believed in God’s power then the battles in my life would be won in less time. In truth, our trust in God is most evident when we show up to face our giants, again and again, no matter how many stones it takes. As we grow in our faith we come to know that some giants just take longer to kill…and that God can love us and let us battle at the same time.

So be David. Humble swagger yourself right up to the battle line and fling that stone, and another, and another at that giant until he falls. And, when he does, listen for the rattle of those leftover stones in your pocket. That is the sound of God’s victory over your heart.